A sales guy called a purchase guy to check if he had received the urgent sms about an urgent eMail sent containing the scanned attachment of an urgent fax copy of the final bid that had been couriered urgently, just a while ago. The purchase guy did not answer the phone or the sms or the eMail or the fax. Two days later the very anxious sales guy called up the purchase guy to follow-up if the courier was received and read. The purchase guy answered the phone and informed him that the order was already placed on one of his competitors who had been there in person two days ago for a cup of coffee, negotiated win-win terms, personally handed over the final quote and then followed it up with thank you over fax, eMail, sms and phone. In his internal order loss report, the sales guy mentioned the reason of as not being there in person to drink coffee. His boss reprimanded him that hence forth he should always be there in person to have coffee with the purchase guy.
Six months later, while pursuing another sales opportunity the same sales guy made sure he was there in person to meet the purchase guy to negotiate the win-win over a cup of coffee. He waited for hours to be called in for the cup of coffee until it was pretty late in the evening. Soon the purchase guy walked out of his room, all packed up to go home. Seeing the sales guy he smiled questioningly and asked his assistant to provide some instant coffee to the sales guy and left for the day. After a sip or two of instant coffee, the sales guy meekly asked about when he could have coffee with his boss to close the deal. The assistant informed the sales guy that the order had already placed with the competition who had negotiated hard over phone, sms, eMail and fax.The sales guy was dumbstruck! "Was no longer essential to have a cup of coffee in person to close the deals?" The assistant calmly replied - it's not the coffee, but your brewing that makes the difference!
Posted by Valurevolution No comments:

In continuation to our successful and satisfying 5-day fun'n'learn residential outdoor program for children in the 8-14 years age group in 2012 (See more details at http://www.valurevolution.blogspot.in/2012/05/observe-understand-build.html), we embarked on our 2013 program with double the zeal and enthusiasm...

From our own learning from the 2012 program, we also added a few more exciting activities such as solving the rubik cube, book binding, getting children to learn writing the tables from 11-99 fast (within 30 seconds!), aspects of EPL for Effective communication, and sessions related to attitude vis-à-vis dignity of labour, anger management, respect, positive attitude, failure handling, determination. We also included a visit to a dairy, a brick factory and a hill top with a 360 degree view of the surrounding countryside during sunset and providing a scenic location for children to do some live outdoor painting as well!

We were delighted to have a few participants from our last years program attend. What was even more satisfying is that we had participation from a wider geography (although not from as far away as Latur like a few years ago when it all started!) children coming in from places including Ghatkopar, Chembur, Vasai, Mulund, Kalyan, Dombivli, Ulhasnagar, Badlapur and Pune!

Click here for Photo's of children enjoying their lively experience

A few feedback sms's / eMail's  received from parents of children who participated in the 2013 program :

- My daughter Dhruvi has enjoyed a lot in fun'n'LEarn prog. Its one of her unforgettable trip. She wish to take part, once again next year. I am thankful to you for organising such a creative prog..

- Kedar enjoyed the camp very well. He want to join it next yr also..

- No Sunil it's me who should thank u. my kids really loved it do pl remember me if u do some thing again in badlapur and once again thank u from my family

- Thnks to u also for giving such a valuable education to our kids, d camp was really motivational...

- Thanks to both of you..Anaya really enjoyed it..Since morning she could share only couple of days experience...rest is yet to come...Thanks once again...

- Thanks a lot to u both 4 taking so much care of my daughter (Nirmiti) and to make her holidays enjoyable along with extra knowledge. yes she enjoyed v much. she wl surely join whenever posible in future. thanks again..

- Wonderful feedbacks.Thank you so much for such a wonderful and joyful camp( of course motivational and knowledgable)

- It was good experience for Aditya and he enjoyed it. I will talk to you later once reach India.

Here are the video feedback's from the children in the form of their presentations :


Next batch on 20th May 2013 - Registrations Open!
Posted by Valurevolution No comments: 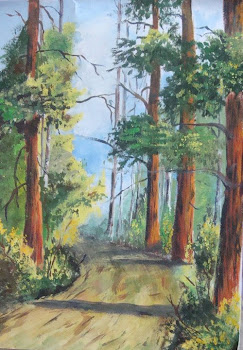 Of many and few

Nuclear Power is Safe and Economical. You Agree ?